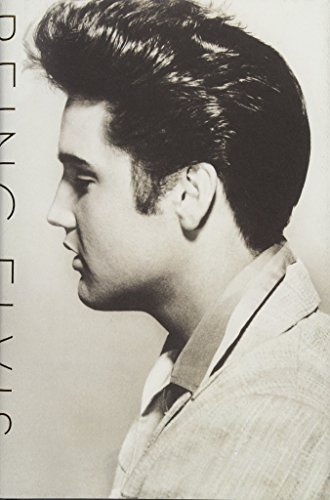 Being Elvis: A Lonely Life

In this sympathetic portrayal of Elvis Presley, English writer and journalist Connolly tells the much-recounted saga of a hillbilly from Tupelo, Miss., who became the first rock-and-roll superstar. Four decades after Elvis’s death, Connolly passes the familiar signposts: born in poverty with a stillborn twin, Sun Studios magic, the sinister “Colonel” Tom Parker, the army stint, romance with 14-year-old Priscilla Bealieu, the Vegas years, drug dependence and unhinged behavior. Gliding over this heavily mined terrain with aplomb, Connolly pays particular attention to Elvis’s psychological makeup, in particular his underlying insecurity, a weakness magnified by the singer’s gluttonous consumption of narcotics, amphetamines, and barbituates, food, and the loss of his beloved mother. Though far from uncritical, Connolly presents his material from what he depicts as Elvis’s perspective, offering excuses and justifications for bad behavior, bad music, and bad films. This speculative leap provides both the strength and weakness of the account: while readers will pity the overwhelmed singer, the world seen through his eyes is quite blurry, and few of even his closest intimates come into focus. Instead, Connolly shoots a close-up of a talented mama’s boy elevated and then broken by the demographic upheaval that transformed pop culture. In his last days, the King complained, “I’m so tired of being Elvis Presley”; as Connolly writes, death was the only escape available to the world’s first rock icon. (Dec.)
close
Details