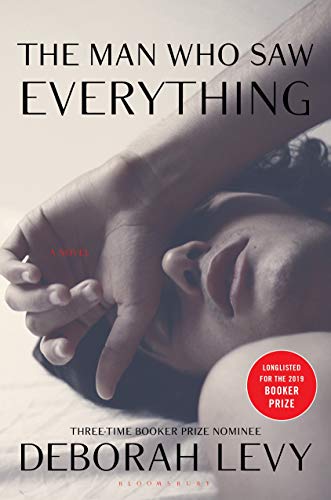 The Man Who Saw Everything

Booker Prize–finalist Levy (Hot Milk) explores the fragile connections and often vast chasms between self and others in this playful, destabilizing, and consistently surprising novel. The book’s first half, set in late 1988, unfolds fairly straightforwardly as young historian Saul Adler, living in London, prepares to travel to communist East Berlin to conduct academic research in exchange for writing a complimentary piece about East Germany’s economic miracle. He asks his girlfriend, a talented photographer, to take his photo in the famed Abbey Road crosswalk, as a gift for the Beatles-obsessed sister of his German translator. But as he crosses the road, he is hit by a car—and in many ways, his trip, and perhaps his entire life, changes course. In Germany, Saul both falls in love with and later betrays his translator, Walter, even as he suspects Walter is implicated in the East German surveillance machine. Jump forward to 2016, and another car accident in the same crosswalk upends everything the reader (not to mention Saul himself) has come to expect up to that point. The novel’s first half may read like a fairly conventional portrait of a narcissistic young man intent on sabotaging his romantic relationships, but the second half is both impressionistic and profound, interrogating divisions between East and West, past and present, fact and fiction, and even life and death. The greatest divide Levy plumbs, however, is the one between the self and other, as Saul reluctantly acknowledges both his culpability in his own life’s tragedies and his insignificance in others’ narratives. Levy’s novel brilliantly explores the parallels between personal and political history, and prompts questions about how one sees oneself—and what others see.[em] (Oct.) [/em]
close
Details