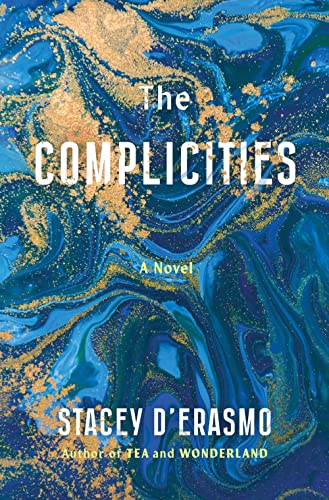 Three women consider their relationships with a white-collar criminal in this perfect outing from D’Erasmo (Wonderland). The lion’s share is narrated by Suzanne, whose ex-husband, Alan, “did things with people’s money that you aren’t really supposed to do” when they were married. After the divorce, Suzanne moves to Chesham, Mass., a down-at-the-heels Cape Cod beach town, to figure out her next move. The second woman is Lydia, whom Suzanne describes as “young, willowy, blonde.” Lydia, who is partially disfigured from a car accident, falls in love with Alan after he’s released from prison; her take on Alan is that “he’d done his time.” Then there’s Sylvia, Alan’s estranged mother, a former “wild child” in Suzanne’s view, from whom he inherited his talent with numbers. Into this nuanced story D’Erasmo drops an unexpected fifth character, a whale that beaches near Suzanne’s new home in Chesham. The whale—enormous, otherworldly, and in distress—awakens a part of Suzanne that she never knew existed. “Maybe,” she thinks, “all of our misfortune had happened to bring me there, to meet and help this grand, suffering creature.” The sentiment leads her to an act with cascading and devastating consequences for Lydia, Sylvia, and Alan. With smooth shifts in perspective and understated and precise prose, D’Erasmo demonstrates a mastery of the craft. The result is propulsive and profound. (Sept.)
close
Details