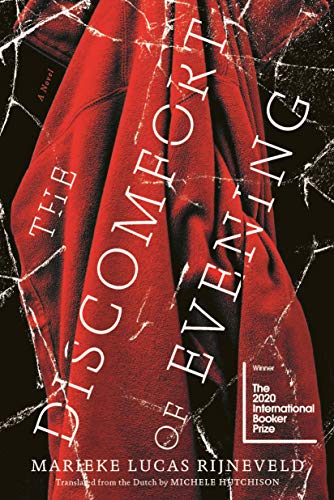 The Discomfort of Evening

Rijneveld’s head-turning debut, a bestseller in their native Netherlands and a Booker International Prize nominee, puts a contemporary spin on classic wrath-of-God literature. Narrated by Jas, the prepubescent farm daughter of Dutch Reformists (Calvinist cousins to American Evangelicalism), the novel opens with the death of Jas’s oldest brother, Matthies, who drowns in an ice-skating accident. His demise unspools an already dubious family harmony. The father grows distant; the mother, emaciated and portentous, claims Matthies’s death to be a sign of the 10th biblical plague. Another plague is referenced with the spread of foot-and-mouth disease in the livestock, and Jas tortures toads into mating, convinced it will help her parents to do the same. Meanwhile, Jas and her younger sister, Hanna, make plans to run away, while their older brother, Odde, devolves into a sadistic teenager. Like a scene in a Bosch painting, the macabre material is loaded with sexual transgressions, pedophilia, animal torture, and abuse. The onslaught can be numbing, but the translation’s soaring lyricism offers mercy for the reader. In another biblical plague, absolute darkness descended upon the land for three days. Here it lasts for almost 300 pages, not lifting until the final line. (Aug.)
close
Details