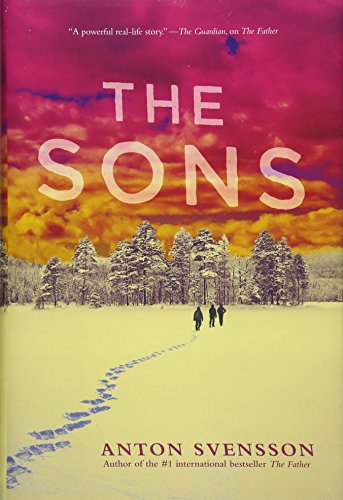 The Sons: Made in Sweden, Part II

Actual bank robberies, the planned bombing of Stockholm’s Central Station, and the largest weapons theft in northern Europe’s history inspired the events in this superb finale of the Dostoyevskian saga that began with 2016’s The Father from Svensson (the pseudonym of Anders Roslund and Stefan Thunberg). The abusive Ivan Duvnjac, an emigré from the former Yugoslavia, drives his three sons, Leo, Vincent, and Felix, into crime. Leo, the oldest, masterminds a daring robbery, but he goes to prison after he’s apprehended by Stockholm police detective John Broncks. There Leo plots to steal the millions recovered in the arrest, now housed in the Stockholm police station. After Leo’s release from prison, Broncks, aided by ultralogical detective Elisa Cuesta, follows his gut instinct and tracks Leo, only to discover that Leo’s accomplice Sam Larsen is his own convict brother, to whom Broncks owes a staggering debt. Seldom in fiction have a father’s sins been so brutally visited on sons as in this shattering tribute to the terrifying complexity of familial life and love. Agent: Niclas Salomonsson, Salomonsson Agency (Sweden). (Mar.)

Correction: Due to erroneous information supplied by the book's publisher, an earlier version of this review listed an incorrect translator.