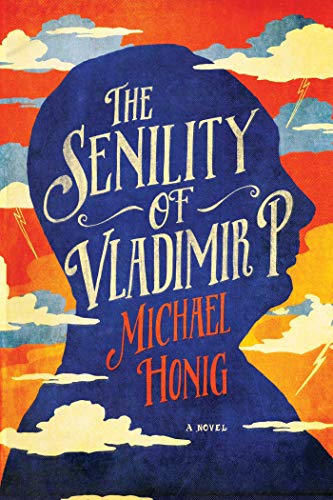 The Senility of Vladimir P

In Honig’s scathing, dexterous debut, set about two decades in the future, former Russian president Vladimir Putin spends his final days in the throes of dementia at a dacha outside Moscow. Everyone in the dictator’s waning sphere of influence—the estate’s quarrelsome chef, the drivers in the car pool, the security detail, the conniving new housekeeper—schemes to benefit from Putin’s vast, ill-gotten wealth. “They were all the same, every single person in the dacha,” Putin’s longtime caretaker, Sheremetev, muses as he considers his own enigmatic honesty, which led indirectly to his wife’s death several years before and his eventual estrangement from his son, Vasily. “The only thing they cared about was how long the feast would go on, like fish gorging themselves on a whale’s flesh, even while the whale was still alive.” When Sheremetev receives news that his nephew has been jailed for speaking out against the current regime, he desperately wants to help the young man avoid a lengthy prison sentence. But the corruption at the heart of the Russian kleptocracy runs deeper than even Sheremetev—a rank amateur in such matters—can imagine. In a novel reminiscent of the meticulous visual art of a Robert Altman ensemble film, Honig, a former surgeon who lives in England, showcases a keen eye for characters and set pieces and a pitch-perfect ear for satire. The flawed, naive Sheremetev, caught in the push and pull of his own outmoded beliefs, is at the center of this scintillating work of social commentary. (Aug.)
close
Details