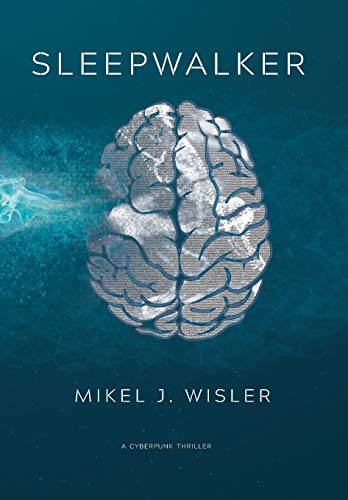 Cutting-edge nanotechnology and stimulating philosophical conundrums permeate this high-octane cyberpunk caper from Wisler (Unidentified) that spans two continents. In the near future in Campo Grande, Brazil, plucky Mexican-American nun and teacher Riley Bekker, who often sleepwalks, wakes up from a blackout on the street. Thomas Coleman, a sketchy American, confronts her, asking whether she can trust her memories and telling her that Riley Bekker is not a real person. When Riley meets Japanese-Brazilian Arisu Ana, her memories start to return, including those of her romance with Arisu. Arisu tells her that Riley is really Violet Murphy, lead scientist for Project Sleepwalker, which uses microscopic devices called nanites to reconfigure memories in the brain. But Riley argues, “What if I don’t want to be Violet Murphy?... What if I’m happy as Riley Bekker?” When Riley voices concerns that the nanites could be used to reprogram prominent people, she and Arisu are chased by a malicious corporation, DARPA operatives, and FBI agents, all scrambling for the technology. A cat and mouse game ensues through São Paulo airport with the final destination in Boston, Mass. As the conspiracies escalate, Wisler expertly combines breakneck action with philosophical debates about personality and identity, leaving readers exhilarated until the extraordinary conclusion. (BookLife)
close
Details