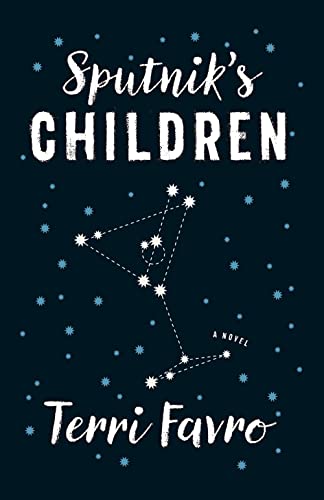 Favro’s (The Proxy Bride) highly entertaining tale is told by Debbie Biondi, the aging writer of the fantastically popular comic series Sputnik Chick. After 25 years, the comic is losing fans, and Debbie needs to win them back by writing a superb origin story for her character. But since she is Sputnik Chick, it’s her own troubled history that she must force herself to write. Her story begins in a parallel timeline, which split from our own in 1945 with the Trinity nuclear test in Mexico. This new timeline, Atomic Mean Time is going to be obliterated in a nuclear catastrophe unless 13 year-old Debbie, growing up in radioactive Canusa, crosses timelines to save it. The story of how and why she crossed becomes the meat of the novel, interspersed with the stories of present-day Debbie’s adult life falling apart: she’s relying heavily on martinis and tranquilizers, sleeping with the wrong guys. Favro successfully crams romance, the Cold War, suburbia, time travel, discussions of racism, a coming-of-age narrative, and more into a single book, using the contrast between the two timelines to highlight both good and bad aspects of current society. Funny, touching, genre-bending, and one-of-a-kind, this is an exuberant romp of a novel that is nonetheless unafraid of serious subjects. Agent: Kris Rothstein, Carolyn Swayze Literary. (Apr.)
close
Details