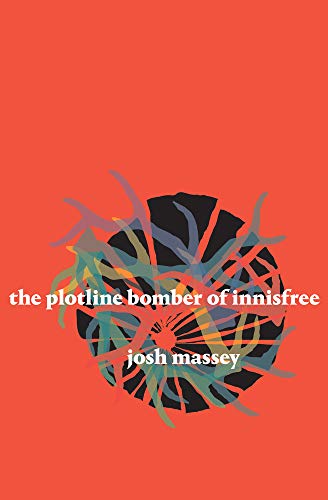 The Plotline Bomber of Innisfree

Massey (We Will All Be Trees) indulges in speculative environmental activist beat prose poetry, with an aesthetic layering of Greek mythology. Jeffery Inkster wants only a simple existence. The ex-hipster is now an elk farmer, with a 1,000-acre ranch in British Columbia and Alberta. He gets by in life by harvesting his elks' velvet antlers and generally avoiding trouble. However, trouble finds him when the Gasbro pipeline is attacked in a series of bombings in the fall of 2036. As a result, Jeffery and his neighbors find themselves embroiled in an investigation to discover who is at the heart of this act of industrial terrorism. Practically everything in Massey's novel is a skewed representation of reality, trapped somewhere between farce and academic criticism. There are strange and madcap characters%E2%80%94especially the enigmatic and mysterious Mars Ares%E2%80%94and locations with names such as PC Columbia, Cancougar, and Cowberta. Stylistically, the narrative is a melding of traditional prose, newspaper clippings, poetry as sales pitch, and even a hypnotic suggestion thrown in for good measure. It's metafiction, yes, but not entirely effective; the overreliance on aesthetics ends up subverting the characters and whatever satire or politics the author had hoped to integrate into his narrative. (Oct.) The Last Summer at Chelsea Beach Pam Jenoff Mira, $14.95 trade paper (384p) ISBN 978-0-7783-1754-8 Jenoff tells another tale of WWII (after finding success with The Kommandant's Girl) in this powerful and moving novel. Adelia Montforte's life changes in 1941, when her mother puts her on a crowded ship heading from Italy to the U.S. The young woman moves in with her childless aunt and uncle in Philadelphia. While well-meaning, they have no idea what to do with Adelia%E2%80%94until they head to their beach house and Adelia meets the large, close-knit Connally family. The family lives next door at the shore, and blocks away from the Montfortes in Philadelphia. Adelia immediately feels at home with the four Connally brothers and their mother, and soon falls in love with the eldest brother, Charlie. But after the bombing of Pearl Harbor he becomes determined to enlist, to the extreme displeasure of his parents. While Adelia's strictly Jewish family is initially somewhat perturbed by her close friendship with the Irish Catholic Connallys, they come to accept it, just as a piece of tragic news changes everything. In her grief, Adelia soon learns that one can't outrun fate%E2%80%94and that the way home may take a form she never expected. Jenoff leads readers on a heartbreaking and beautifully imagined journey through the horrors of war, recovery from tragedy, and powerful love. (Aug.)
close
Details