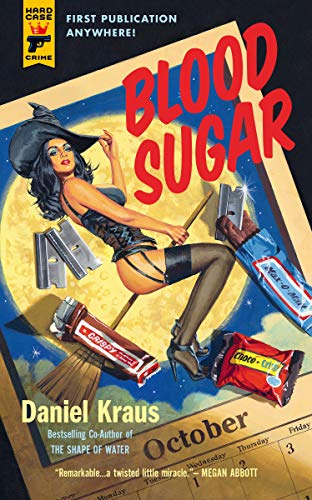 When kids come trick-or-treating down Yellow Street, the disgruntled, slovenly Robbie Glinton intends to lace the Halloween candy with poison and razor blades in this meandering excursion into hoarder noir from Kraus (The Shape of Water with Guillermo del Toro). Robbie enlists kids who hang out in his decaying home in the project. The principal narrator, Jody, speaks in a language distinctly his own: “Todays getting real. Realer than any day previous. Robbies made plans in the past but nothing this heavy. All a us are feeling it.” Other eccentric kid voices include those of Dag, a rebellious resident of a nicer suburb who dotes on a tick-infested street dog, and brain-damaged Midget, who talks to bugs and wraps herself in flypaper. Kraus makes an impassioned case for the value of family with his marginalized cast of characters, but the plot is one that could have worked just as effectively in short story form. The novel lives or dies by how a reader reacts to Jody’s point of view. As an entry in the literature of Halloween, this is much more icky than eerie. (Oct.)

Correction: An earlier version of this review referred to the character Jody as female.