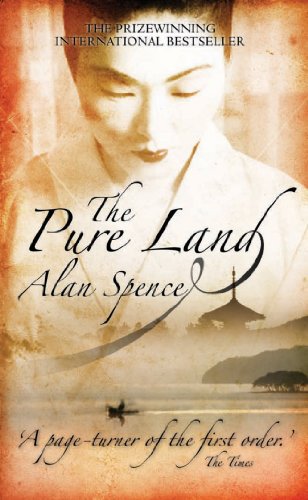 Scottish writer Spence ( ) fictionalizes the life of Thomas Glover, a 19th-century Scots entrepreneur who built a mercantile empire in Japan, and whose life inspired and . In 1858, the young Glover, son of a coast guard officer, works as a clerk in Scotland. He lives with his family, but longs to see the world, and takes a job in Japan with Jardine, Mathieson & Co., a British trading house. Soon, Glover is also working as an independent trader in arms and opium, among other things. As he forms connections with a number of different Japanese clans, Glover falls in love with a courtesan, and the consequences last for generations. He also slowly gets wrapped up in the fate of Japan, as the country makes the transition away from a feudalism fraught with clan violence. Spence opens this lively and epic historical narrative in 1945, at the moment of the U.S. bombing of Nagasaki. Thoughtful and vivid, the novel adds rich detail to a life known mostly in broad strokes.