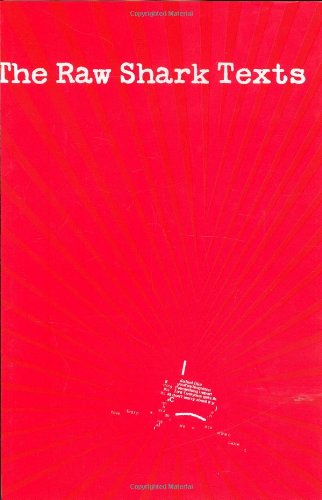 Hall's debut, the darling of last year's London Book Fair, is a cerebral page-turner that pits corporeal man against metaphysical sharks that devour memory and essence, not flesh and blood. When Eric Sanderson wakes from a lengthy unconsciousness, he has no memory. A letter from "The First Eric Sanderson" directs him to psychologist Dr. Randle, who tells Eric he is afflicted with a "dissociative condition." Eric learns about his former life—specifically a glorious romance with girlfriend Clio Aames, who drowned three years earlier—and is soon on the run from the Ludovician, a "species of purely conceptual fish" that "feeds on human memories and the intrinsic sense of self." Once he hooks up with Scout, a young woman on the run from her own metaphysical predator, the two trek through a subterranean labyrinth made of telephone directories (masses of words offer protection, as do Dictaphone recordings), decode encrypted communications and encounter a series of strange characters on the way to the big-bang showdown with the beast. Though Hall's prose is flabby and the plethora of text-based sight gags don't always work (a 50-page flipbook of a swimming shark, for instance), the end result is a fast-moving cyberpunk mashup of , and sappy romance that's destined for the big screen.