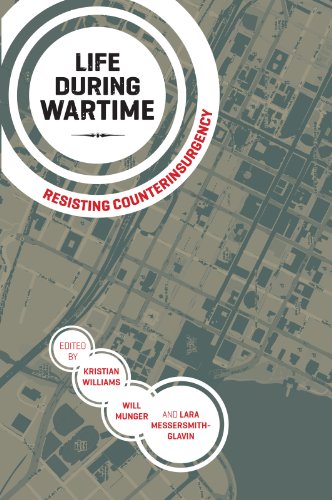 Nowadays, most folks hear words like “wartime” and “counterinsurgency” and think Middle East, but editors Williams (Our Enemies in Blue), Munger, and Messersmith-Glavin, who are associated with various anarchist groups, are more interested in how these words can be applied to life in the United States. In this radical collection, insurgency is defined as popular resistance to the state, and America is the state in question. The contributors—professors, political theorists, Black Panthers, anarchists, and public health advocates—argue that counterinsurgency tactics developed during the wars in Iraq and Afghanistan are now being used to repress socially marginalized groups, including blacks, the poor, Muslims, illegal immigrants, and gangs, as well as antiwar, environmental, and animal-rights activists. Together, the writers sound a sobering warning: the American government is an iron fist in a velvet glove whose purpose remains preserving the status quo and enriching the rich. Less revolutionary readers may weary of the relentless characterization of America as a racist, militarist plutocracy protected by oppressive security forces, but it’s hard to discount the evidence presented here of heavy-handed tactics (injunctions, informants, provocateurs, mass incarceration) that have Democratic and Republican politicians alike up in arms. (July)
close
Details