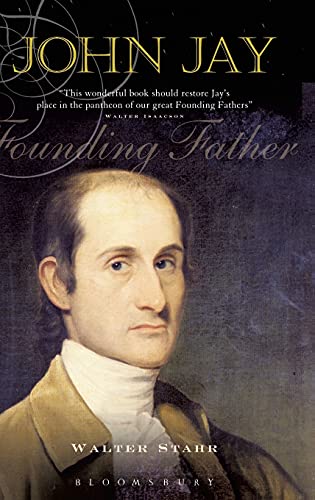 The greatest founders—such as Washington and Jefferson—have kept even the greatest of the second tier of the nation's founding generation in the shadows. But now John Jay (1745–1829), arguably the most important of this second group, has found an admiring, skilled student in Stahr, an international lawyer in Washington. D.C. Since the last biography of Jay appeared 60 years ago, a mountain of new knowledge about the early nation has piled up, and Stahr uses it all with confidence and critical detachment. Jay had a remarkable career. He was president of the Continental Congress, secretary of foreign affairs, a negotiator of the treaty that won the United States its independence in 1783, one of three authors of , first chief justice of the Supreme Court and governor of his native New York. Very few men exceeded Jay in importance and influence. Yet he presents a problem for any biographer: he was a conservative man of unfailingly sober disposition who left his mark more in significant deeds than in memorable words and commanding decisions. Stahr, however, captures both his subject's seriousness and his thoughtful, affectionate side as son, husband, father and friend. In humanizing Jay, Stahr makes him an appealing figure accessible to a large readership and places Jay once again in the company of America's greatest statesmen, where he unquestionably belongs. B&w illus.