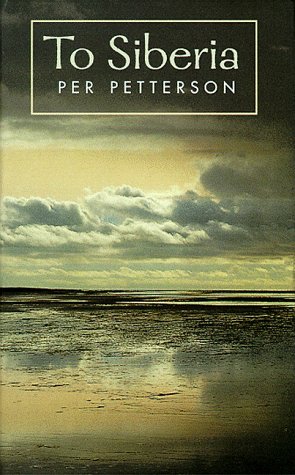 Evoking the severe beauty of the tundra his heroine dreams of, Petterson's second novel fashions a subtle stoicism reminiscent of Katherine Anne Porter's work. A unnamed narrator recollects her girlhood in Denmark, on a farm in Vrangbaek near Skagen, where she and her beloved brother, Jesper, live with their hymn-writing mother, carpenter father and stern grandfather. The family falls on hard times when their grandfather hangs himself, leaving behind the explanation, ""I can't go on any longer."" But the young girl endures the changes in her life, including the new rancor of the Nazi occupation of Denmark, by finding security and hope in her deepening relationship with Jesper. She and Jesper sense there is no future in Denmark and long to go elsewhere: she yearns for the cold stillness of Siberia, he for the desert tumult of Morocco. Jesper, a vivacious and sharp idealist (""I'm no peasant, I'm a proletarian,"" he shouts at the local baron), opens his innocent sister's eyes to the diminishing possibilities and hypocrisies of life in North Jutland. When the Nazis invade, Jesper joins the resistance and, under suspicion, flees to Morocco, leaving his worshipful sister behind. Instead of fulfilling her own goal of a Siberian idyll, she swallows her disappointment and her dreams of travel. Although Petterson addresses the impact of WWII, alluding to the resistance movement and the coexistence of gentile and Jewish Danes, the novel focuses on the profusion of little moments shaping the beauty and pathos of a stagnant life. In an infinitely sad but translucent ending in the vein of Porter's ""Pale Horse, Pale Rider,"" the narrator says, ""I was so young then, and I remember thinking: I'm twenty-three-years-old, there is nothing left in life. Only the rest."" (Apr.)
close
Details