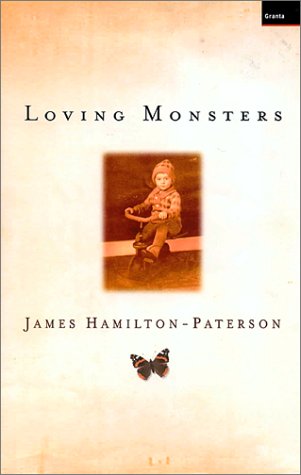 A British biographer living in Tuscany takes on an unusual subject in Hamilton-Paterson's latest, set primarily in Egypt before WWII. Raymond Jerningham Jebb, known as JayJay to his friends, is the dying elderly man who talks James, the somewhat reluctant, semi-anonymous narrator, into writing his life story, promising that it will be "peculiar, exotic, erotic..." JayJay is raised in a middle-class, somewhat repressive British household, but when he goes to Egypt in 1936 to take a clerical job, he finds his true destiny among the shadowy figures of Suez and Cairo as a purveyor of pornography who occasionally smuggles drugs. Despite his dubious occupation, JayJay proves to be an intelligent, eloquent and rather mysterious subject who moves in interesting circles as he engages in a variety of bisexual affairs. When the project stalls, James takes a brief hiatus to pursue another literary endeavor in the Far East, but when he returns JayJay surprises him by revealing the story of the love of his life, a British schoolboy whom he never approached or pursued (shades of A.E. Housman). The novel closes on a flat note, with JayJay describing his attachment to an Italian family during the war years that led to his settling in Tuscany. A prolific author of novels (the Whitbread Prize–winner ) and nonfiction (), Hamilton-Paterson is an accomplished writer whose prose is always thoughtful as he reveals JayJay's past while exploring his relationship with James. But the plot fails to deliver the drama hinted at in the early pages, and although the denouement is rich with poignant insights, the narrative remains essentially an interesting character study in a rarely explored setting.