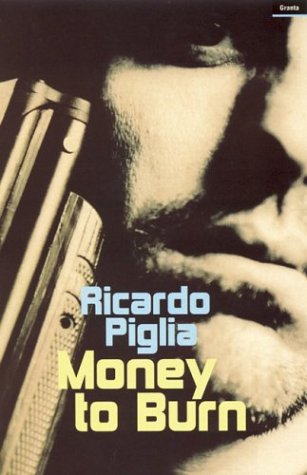 Piglia, one of Argentina's best-known contemporary writers ( ; ), again delivers his signature blend of noirish crime and social commentary in this provocative tale of a 1965 Buenos Aires bank robbery and its bloody aftermath, based on a real crime. The story is simple, but Piglia gives it depth by focusing on the sexed-up, drug-abusing, reckless robbers whose actions shocked Argentina. They are Dorda, the mentally unbalanced assassin; Brignone, the passionate youngster; Mereles, the shady ladies' man; and Malito, their compulsive boss. After stealing millions from the bank, the men, high on cocaine and self-congratulation, escape to a small hideout in Montevideo and await the return of their leader, stocking up on food, alcohol, drugs and weapons. Despite their eagerness to start a new life in New York City, they fall into a delirium of memories brought on by whiskey and sex. While they binge, 300 police officers follow a tip and surround their hideout along with TV crews and reporters. Heading the raid is Police Commissioner Silva, a dirty cop eager to cover up department scandals. A long, bloody, drug-fueled battle erupts between the reckless desperados and the officers, which becomes the source of Argentinean legend. By drawing on witness statements and police reports, Piglia proves that the bandits' raid was not just about the money; it was about freeing themselves from their old lives. The plotting is choppy, the ending predictable and many of the action sequences run out of gas, but Piglia's remarkably precise descriptions and feel for his characters keep the novel's engine churning.