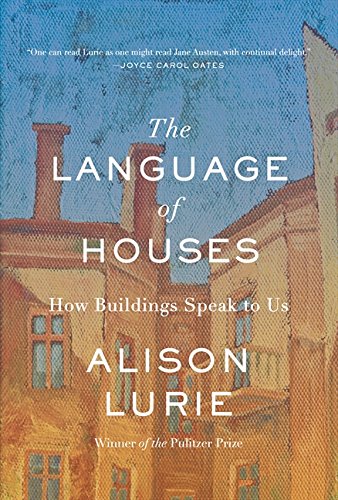 The Language of Houses: How Buildings Speak to Us

According to Pulitzer Prize–winning novelist Lurie (Foreign Affairs), buildings make statements “in brick and stone... metal and glass” if one knows what to look for. In this companion to The Language of Clothes, the author shows how architecture, buildings, and spaces affect us and how they reveal a wealth of information about their inhabitants. A lighthearted and lucid narrator, Lurie unearths the historical, psychological, social, and emotional meanings of public and private spaces: churches, museums, schools, colleges, hospitals, prisons, hotels, retirement communities, offices, stores, restaurants, and homes. Making use of ample wisdom from architectural historians, sociologists, philosophers, art critics, environmental psychologists, and others, Lurie discusses architecture as a moral force. For example, she writes about the way weather affected how houses were built in different parts of the country; the evolution of popular religious architecture in 19th- and 21st-century America and the particular denominations drawn to each style; and the way current concerns about safety have affected school and playground designs. At times, Lurie belabors the obvious (less welcoming homes have “high wall[s] around the whole property”), though, overall, her observations are witty, insightful, and playful, particularly in the chapter on religious buildings: “Some churches in southern Germany and Austria, with their gilt barley-sugar pilasters and whipped-cream cupids and angels, suggest a highly romantic nature, with a craving for sweets.” Illus. throughout. [em]Agent: Melanie Jackson, Melanie Jackson Agency. (Aug.) [/em]
close
Details