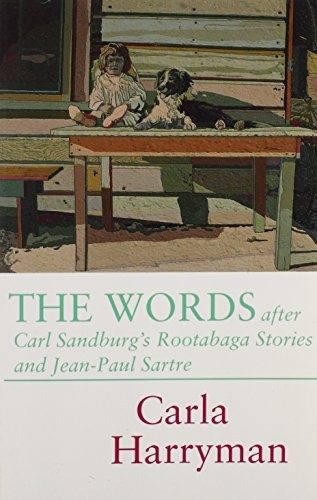 The Words After Carl Sandburg's Rootabaga Stories and Jean-Paul Sartre

Appreciative readers will call Harryman's book a prose poem or an feminist anti-novel, a experiment in life-writing or an abstract autobiography. Harsher perusers will say it falls between two stools. Indebted to Gertrude Stein, to French feminist theory, and to the French nouveau roman, and written (as Harryman says) ""after"" Sartre's Les Mots and Carl Sandburg's Rootabaga Stories, the book is a radically scrambled fictive memoir: narrator Woemess moves through a place named Watch Out, encountering entities or characters called the Stranded, All Done, the Keeper of the Spool Babies and Interpretation. Moments of lucidity are interspersed with wrench-in-the-machinery doggerel that makes reading the book sometimes fun, sometimes challenging, and occasionally disheartening-especially as Harryman's brands of disjunction adhere to modernist models (like Mina Loy's) nearly a century old. Sometimes Harryman (Memory Play) limns a provocatively aggressive feminine consciousness, at once her own and a model for others: ""After childhood, for many days running I studied people's asses with the slowness of one who has discovered the crucial element in a universal tragedy."" Woemess (whose name conflates womanhood and menstruation) fades in and out of the narratives, ""as unreal as a discovery made elsewhere,"" then erupts in oracular outbursts: ""If I wanted to, right now, I could paint the picture of the picture, show you the cryptic world, the song, and the wampum. Or a dreary series of irregular rectangles, a repetitious dirge, and money. But if I take you there, we will be gone."" If Harryman's book fails to deliver the ideological or formal innovations it promises, it remains an inspiring take on gender politics-not to mention a pretty good read. (Oct.)
close
Details