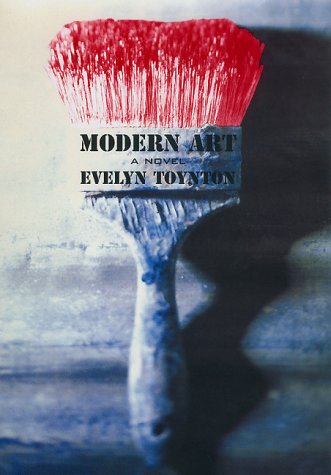 The life of Jackson Pollock's widow, Lee Krasner, provides the raw material for this strong, assured debut novel by journalist Toynton, who interviewed Krasner in 1980. Belle Prokoff is the fiery, arthritic octogenarian widow of the great Abstract Expressionist Clay Madden, who, like Pollock, nose-dived into alcoholism by his mid-40s and died in 1955 in a car accident with his young mistress. Decades after Madden's death, Belle--perpetually besieged by art fans, flatterers and critics seeking relics of her dead husband--jealously guards his memory, his paintings and the truth about her own life as a painter and feminist who ceded to the needs (or genius) of a demanding alcoholic. Now unable to care for herself, Belle takes on a conscientious young assistant, Lizzie, whose older boyfriend, Paul, is an Australian painter on the rise and keen for information about his hero, Madden. Belle is also pursued by Mark Dudley, a pesky English art critic who will do anything for exclusive biographical details for the book he's writing on Madden. Moving from Belle's sleek New York apartment to her longtime residence and Madden's former studio on Long Island, Toynton delves effectively beyond Belle's stubborn wariness and into the vulnerable depths of her psyche, exploring her tough early years as a female artist jockeying for a place in the male-dominated scene of the New York School. Although Belle won't share her memories with opportunists like Dudley because she can't control what he will write, she relays her early ""heroic sacrifice"" to a sympathetic listener like Lizzie. Some of the plotting is heavy-handed: both Lizzie and Belle's maid, Nina, are struggling to maintain self-respect with dominating men, a perfect device for Belle to administer her hard-won advice. Toynton's prose is crisp, however, her dialogue tightly crafted, her period detail pervasive and her insight into character impressive. The novel succeeds on her memorable portrait of Belle Prokoff as an invincible survivor and her fair if cynical depiction of the New York art scene. (Sept.)
close
Details