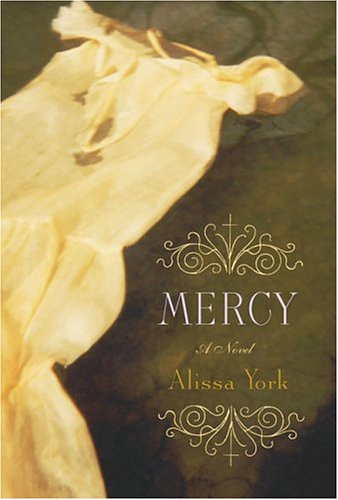 Lust and sin grapple with religious piety in this moving, occasionally overwrought novel by Canadian writer York. As August Day's first duty as priest of St. Mary's church in Mercy, Manitoba, in 1948, he marries the kindly but dull town butcher, Thomas Rose, to Mathilda Nickels, the orphaned niece of the church's housekeeper. Immediately overcome by lust for handsome August, virginal Mathilda refuses to consummate her marriage—that is, until she seduces the priest, becomes pregnant with his child and needs to keep Thomas from finding out. York develops this triangular relationship with frequent flashbacks to each protagonist's miserable childhood, alternately focusing on the town drunk, Castor Wylie. The plot can feel schematic, and the grisly denouement of Mathilda and August's sinning is telegraphed early on. But in the novel's second half, set in 2003, readers will find some gripping characters—an autistic child, a woman who lives in a bog, another sinful man of the cloth—that propel the story into new, genuinely surprising territory. York's unflinching but tender eye for the natural world results in graceful ballets of description: butchering techniques have seldom been described in such precise, loving detail, and the flora and fauna of the bog are invested with vibrant individuality. York is a gifted writer whose next novel will no doubt be a more consistent work of emotional power.