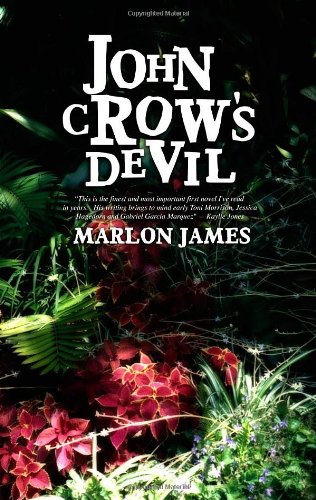 Set in James's native Jamaica, this dynamic, vernacular debut sings of the fierce battle between two flawed preachers. In 1957, the village of Gibbeah is a dusty remnant of the plantation era, halfheartedly ministered to by drunken Pastor Hector Bligh, aka the Rum Preacher. On a day beginning with a bad omen—black vultures, locally called John Crows, crash through the church windows—a man calling himself Apostle York "set[s] pon Pastor Bligh like when you beat a mangy dog" and takes over his church. Bligh takes refuge in the home of another village outcast, while York's commanding presence whips Gibbeah into a frenzy of repentance. Lucinda, long reviled as the town slut, sets her sights on salvation and the Apostle, while Clarence, with whom she had a dalliance, becomes one of "The Five," a group of young men eager to enforce York's decrees against sin. It isn't long before group cohesion becomes mob mentality, and punishments grow increasingly brutal and public. Bligh returns to the fray, and the resulting confrontations set the village on a path to destruction. With gruesome and sometimes gratuitous descriptions of sex and gore, this isn't a tale for the faint of heart, but those eager for fire-and-brimstone lyricism will find this an exciting read.