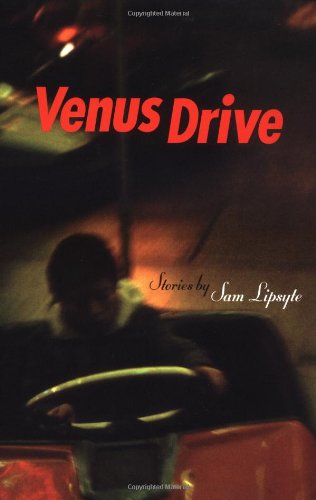 Lipsyte's first short story collection gathers together 13 ferocious, truncated sketches, parading before the reader various semi-addicts, telemarketers and others suffering a terminal disconnect between their skills and their status. Not that Lipsyte's characters are going to choose the traditional American way out of their economic impasse, i.e., some mixture of sycophancy and labor. Disconnection, here, is style. Lipsyte's winners tend to achieve ephemeral glory as punk rockers or e-zine magnates before burning out. The narrator of ""My Life, for Promotional Use Only"" is a worn-out postpunk legend now working for his ex-girlfriend, Rosalie, in an office where everyone is eager to advance. ""The people I work with are human r sum s. They are fluent in every computer language, boast degrees in marketing and medieval song. They snowboard on everything but snow. They study esoteric forms of South American combat and go on all-deer diets."" The '90s prosperity is perceived as an alien excrescence. From ""Admiral of the Swiss Navy"" or ""The Drury Girl,"" where the dark view of suburban childhoods predominates, to ""Old Soul,"" the first story, about the narrator's sister's death from cancer, these people take the world much too seriously and yet risk things much too lightly. In ""Beautiful Game,"" Gary is out on parole for possession; though he makes a living selling coke, he was actually arrested for trying to stop a cop from beating a street vendor. His mother wants him to meet a girl she's invited to a party. This almost invisible plot suggests a world of attitude. Gary, for instance, who is obviously wasting his life, won't waste an O'Douls because ""it'd be wrong."" Such collateral ironies make these stories simultaneously funny and disheartening. (May)
close
Details