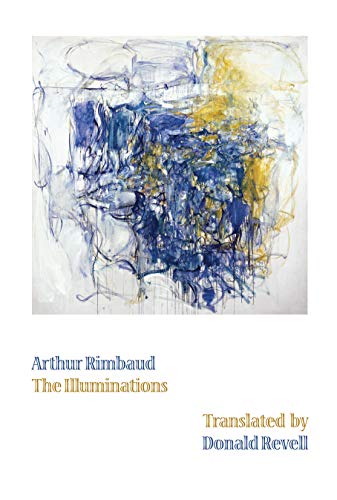 Celebrated poet Revell ( ) received the 2007 PEN USA Translation Award for his ravishing take on Rimbaud's . Rendered into English with utmost sympathy and flare, this bilingual edition of Rimbaud's prose masterpiece is sure to receive comparable acclaim. Considered by many to be the infamous French wunderkind's highest achievement, the book's (mostly) prose poems present the still teenage poet's acrobatic efforts to resist the stranglehold of habit, logic and bourgeois respectability: “I've strung ropes from steeple to steeple; garlands from window to window; golden chains from star to star, and I'm dancing.” Revell's version is no more or less accessible than previous translations, and dips into the contemporary idiom are thankfully infrequent and unobtrusive. What distinguishes Revell's work is its exquisite, carefully modulated musicality. His phrasing is rich and fluid (“The soft perfume of the stars and of the sky and of everything drifts down from the hilltop”) or crisp and strident (“Unsought air and unsought world. Life./ —Was that it, then?/ —And the dream grows cold”), in perfect keeping with the protean, inestimably influential original, making this among the finest of its English translations yet produced.