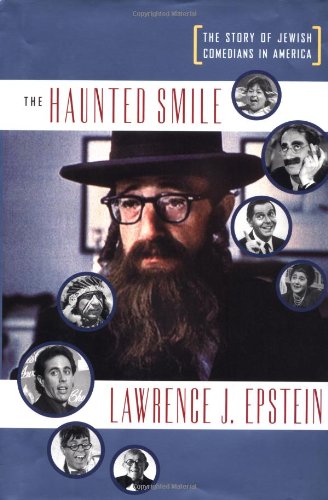 THE HAUNTED SMILE: The Story of Jewish Comedians in America

Epstein () has done yeoman work to make this enormous subject accessible. His saga includes nearly all the top-level Jewish-American comedians, from the Marx Brothers and Allen Sherman to Joan Rivers and Jerry Seinfeld. Their stories are contextualized by era: the vaudeville years of immigrant America; the rise of radio and the Borscht Belt before 1950; the "years of acceptance," when Jews entered the mainstream on TV and on stand-up stages; and "the years of triumph" for Jewish comics and filmmakers since the mid-'60s. Epstein offers keen psychoanalysis: many early successful comics had weak fathers who failed in the New World, but ambitious mothers; Mort Sahl's breakthrough suggested that "political and social needs transcended the private needs of audience members." But the book can be enjoyed simply for the funny bits resurrected in the author's mini-profiles. He includes a chapter on Jewish woman comics and an appendix on the Yiddish roots of Jewish humor. Thorough as it is, though, it ignores some contemporary standouts and understandably only touches on the Jewish contribution to situation comedy. Aalthough Epstein speculates that Jewish comics might be able to "enhance the distinctly Jewish culture surviving in America," his definition of what makes comedy Jewish suggests that this question will linger. Seinfeld's language betrays "a distinctly urban and distinctly Jewish approach to dealing with anxiety," and the show's title made no attempt to hide his Jewish name, Epstein states, hinting that the "longstanding tension between Jewish and American identities" is partly overcome because the characters are too adolescent to choose one over the other.