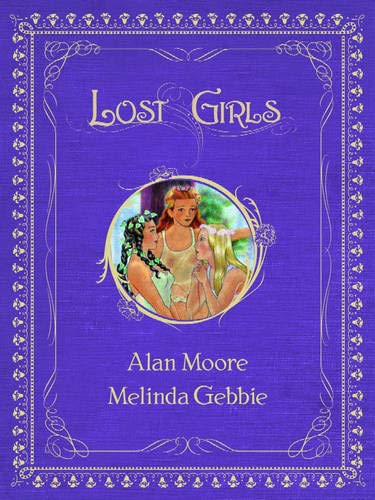 Almost 10 years before his took many of the figures of Victorian popular fiction on a remarkable romp, Alan Moore, in collaboration with underground artist Melinda Gebbie, began , with a similar, although less fantastical, conceit: that the three women whose adventures in girlhood may have inspired respectively, , and the , meet in a Swiss hotel shortly before the first World War. Wendy, Dorothy and Alice, three very different women—one jaded and old; one trapped in a frigid adulthood; the last a spunky but innocent young American good-time girl—provide each other with the liberation they need, while also providing very different (and, for this a pornography, very sexual) versions of the stories we associate with them. We go with the girls, in memory, to the incidents that became the Rabbit Hole, Oz and Neverland.

As a formal exercise in pure comics, is as good as anything Moore has written. (One of my favorite moments: a husband and wife trapped in a frozen, loveless, sexless relationship, conduct a stiff conversation, laced with unconscious puns and wordplay, moving into positions that cause their shadows to appear to copulate wildly, finding the physical passion that the people are denied.) In addition to being a master-class in comics technique, is also an education in Edwardian smut—Gebbie and Moore pastiche the pornography of the period, taking in everything from to the period work of Aubrey Beardsley