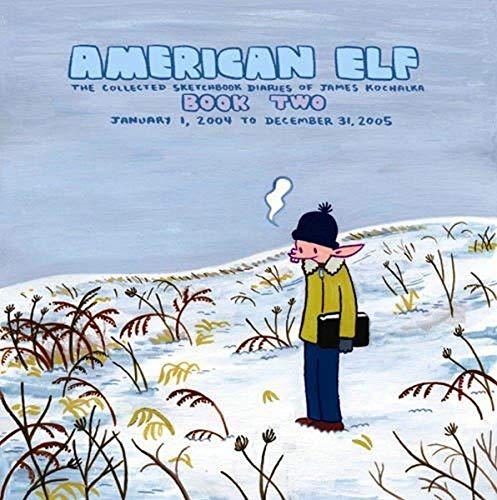 Rock star and indie comics savant Kochalka ( ) is back with his second collection of "sketchbook diary entries" from his popular Web comic. Some strips depict a working cartoonist's life: signings at comic book stores, teaching at the Center for Cartooning and cleaning up eraser dust before company comes over. But most are sharply observed vignettes that magically, day after day, grow into an offbeat but affecting story of family life in Burlington, Vt. Kochalka is at his best chronicling the various coughs, cold sores and warm, throbbing ear fevers he and his child contract, wondering where the cat has thrown up this time and coping with the consequences of a vow he makes never to be unhappy again. (It wasn't his fault—he got carried away while shoveling extra-fluffy snow.) Kolchaka's art takes advantage of the fact that these strips are supposed to be entries in a "sketchbook diary." It's rough and kinetic, using vivid colors and surreal figures (his best friend is a dog; an acquaintance may turn out to be a cyclops). The result is surprisingly realistic, but also versatile, able to handle poop jokes and late-night worries with equal weight.