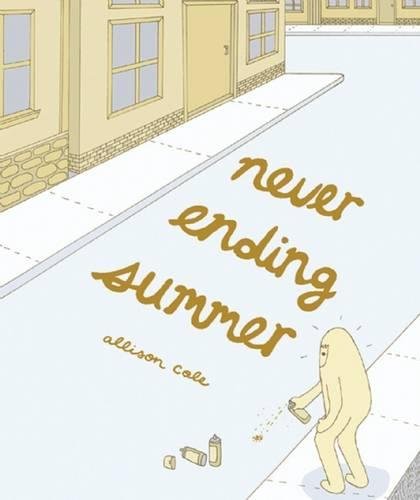 Cole's challenge: a comic book where the many characters of a large cast are almost indistinguishable from each other, and a plot that centers around a summer in dullsville. With her great ear and eye for telling details of ennui, Cole succeeds too well. Readers will finish this book feeling relieved at having escaped from the claustrophobia of Cole's universe. The artwork is as spare as the plot; every character appears to be wearing the same radiation suit, mittens and hood (the guide to the cast on the inside front cover is indispensable). We follow Allison as she drifts through her summer, spending her days working at the comic book shop and nights at a random house or bar. In the strongest plot line, her boyfriend, Asher, leaves town and then reveals he's decided not to return for the rest of the summer. Cole ably captures the misery of scattered late-night phone calls and occasional e-mails, as well as the sympathy of Allison's equally aimless and confused friends. The lack of passion, verve and indeed any sense of urgency in their lives is oppressively present in every page.