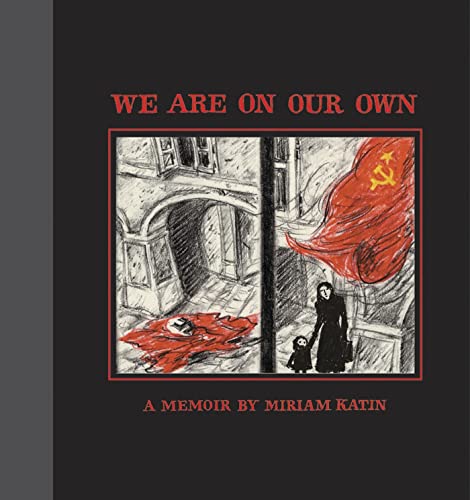 We Are on Our Own

This moving WWII memoir is the debut graphic novel from Katin, an animator for Disney and MTV. It tells the story of toddler Katin—here called Lisa—and her mother, Esther Levy, Hungarian Jews who must flee Nazi persecution. With her husband off fighting in the Hungarian army, Esther is forced to abandon all their belongings and take on the identity of a servant girl with a bastard child. She survives however she can—whether making alterations on the bloodstained uniforms of dead soldiers or surrendering her body to an adulterous German officer. Katin shows Esther's harrowing experiences with an objective eye, but her own experience of the time is the fragmented memory of a child; unable to understand the vast tragedy unfolding around her, she focuses on the loss of a pet dog. The story flashes forward to the '70s and even later to show the long-term effects on Katin and her family's faith. Katin's art is an impressionistic swirl; early scenes in sophisticated Budapest recall the elegance of Helen Hokinson, while the chaos of war is captured in dark, chaotic compositions reminiscent of Kathe Kollwitz. This book is a powerful reminder of the lingering price of survival.