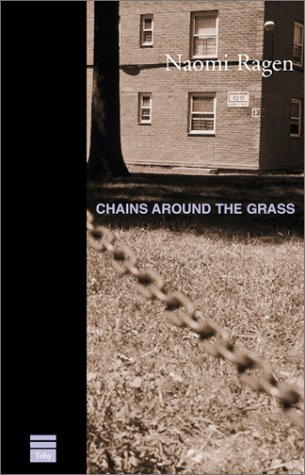 CHAINS AROUND THE GRASS

Based on novelist Ragen's own experiences growing up in an ethnically mixed low-income housing project in the Rockaways, this novel opens a window into the bittersweet world of the Markowitz family as they struggle to make ends meet in 1950s New York City. A first-generation Jewish immigrant with incredible reserves of optimism and ambition, David Markowitz trades in his religious identity for the promised gold of America, believing that "if you really wanted to, if you worked your can off, you could not only get out of Brooklyn, but get Brooklyn out of you." After being conned into making a bad investment that leaves him and his family financially and emotionally bankrupt, David dies suddenly. For the first time in her life, his wife, Ruth, must take sole responsibility for her three children, something that seems overwhelmingly difficult. Ruth manages to enroll her eldest son, Jesse, and her daughter, Sara, at a private Jewish day school. Sara embraces her educational and spiritual environment and finds hope and self-renewal in the form of her parents' lost religion. But Jesse, to his mother's dismay, refuses to attend the school and instead self-educates himself in business so that he can fulfill his father's vision of success. Terrorizing his mother with his unreasonable plans and propositions, he self-destructs. Ragen (; ) elaborates on her usual themes, extolling the comforting power of faith in a hostile modern world. Working with familiar characters, plot and setting, she crafts a comforting if somewhat shopworn tale of family, hope, religion and the dark side of the American dream.