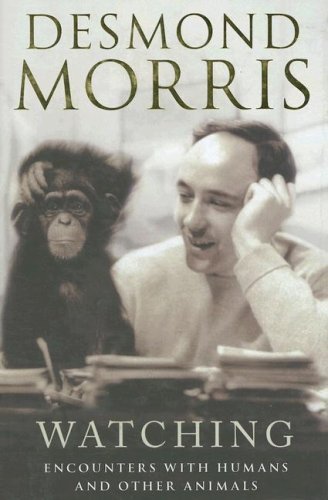 Watching: Encounters with Humans and Other Animals

American readers will most likely remember zoologist Morris as author of 1967's a pop science bestseller highlighting the similarities between human behavior and that of other members of the animal kingdom. But his voluminous autobiography devotes very little space to that success, which played only a small part in his fame in England, where he hosted the television show Chapter upon chapter is replete with anecdotes about what can go wrong when taping a show with live animals, as well as the offstage antics of his chimpanzee sidekick, Congo. After became an international sensation, Morris and his wife decamped to Malta, setting up another long string of charming stories about the life as an ex-pat Brit, with guest appearances by fellow naturalist David Attenborough. (There's also a memorable cameo, much later, by Marlon Brando, wanting to discuss the banality of evil over dinner.) The final chapter is devoted to a lengthy diary of a three-month cruise around the world, in which Morris no longer bothers trying to shape his digressive storytelling, but simply lets his impressions flow. The tone is enjoyably amiable, but it's questionable whether Morris, now almost 80, still registers on the U.S. cultural radar. Photos.