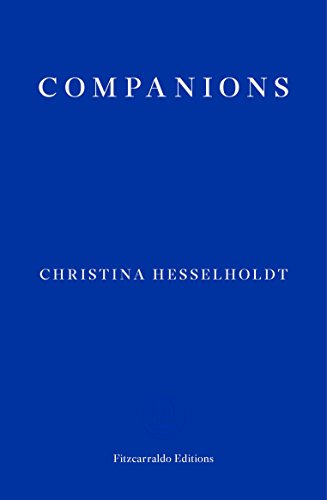 In her meditative and engrossing English-language debut, Hesselholdt dives into the consciousnesses of six cerebral, animated, eccentric, and occasionally melancholy Danes. “I want to have my portrait done in a shower of puzzle pieces,” says Camilla, the book’s central figure, in one of the many reflexive statements of this homage to Virginia Woolf’s The Waves. The six titular companions are childless and (mostly) 30-somethings, three men and three women who have coupled and decoupled over the years. Edward spends his days writing a mourning diary for his deceased parents and strolling for hours with his dog. His ex-wife, Alwilda, is less mopey: “I have been out mating,” she informs the assembled group. Exhausted from years of taking care of her mother and ailing husband, Camilla, seeking solitude, retreats to the countryside and tends to her animals, a dog and the horse she impulsively buys. Her best friend, Alma, is a writer who has left her husband, Kristian, an Eeyorelike man whose “self-loathing is like a ram.” Their stories are told in introspective monologues by turns splenetic and lyrical. The anxious characters wrestle with whether to retreat from or let oneself be “consumed by life,” turning to the “saturate[d]” works of Woolf, Lawrence Durrell, Thomas Bernhard, and Sylvia Plath for sustenance. For this bookish lot, literature supplies invaluable companions, and readers will be captivated. (Apr.)
close
Details