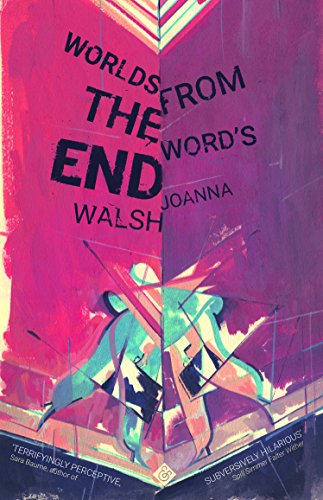 Worlds from the Word’s End

“Two,” the story that opens Walsh’s imaginative collection, is an apt introduction to its landscape of lonely challenges, failed loves, and intractable burdens. Expecting to die the following year, the story’s protagonist polishes an intertwined pair—whether they are objects or creatures remains opaque—for display on a lonely road, hoping for a rendezvous that will finally take the duo away. The narrator concedes that it, or they, “cannot love me,” adding, “But looking into their little wooden eyes, I must believe it can.” “Travelling Light,” another narrative juxtaposing isolation and obligation, follows the progress of a shipment being transported from London to continental Europe, shrinking from container size to crumbs by the time it arrives in Athens, where a return shipment awaits. Unabashedly fascinated by language, Walsh excels at devising situations that illuminate its quirks, gifts, and limits; while a few pieces are little more than clever premises, the rest are rich with sharp prose and provocative insight. In the title story, for example, an unnamed narrator links a relationship’s dissolution with a global trajectory into wordlessness: grammar dissolves, homeless men sleep under unprinted newspapers, and “the first wordless president” (whose gender cannot be named and therefore doesn’t matter) campaigns via gaze. With the failure of words comes a certain liberation. “Yes it is quiet,” the penultimate sentence reads, “but we are still thinking.” (Sept.)
close
Details