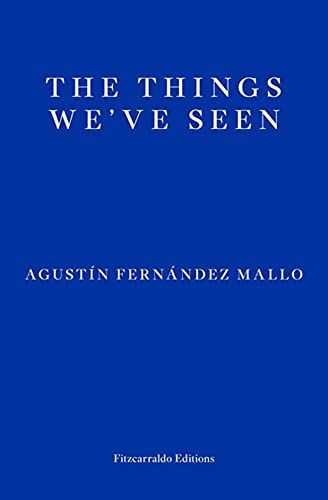 Mallo (The Nocilla Trilogy) delivers another work of postmodern, Dalí-esque surrealism with this mind-bending novel. An unnamed writer from Mallorca attends a conference, suffers amnesia, moves to New York City, and eventually travels to Uruguay to restore a manuscript to its rightful owner’s family. Kurt Montana, a fictitious fourth astronaut aboard Apollo 11 for the moon landing, navigates America’s postwar, hyper-consumerist ennui. A third thread follows a woman, also unnamed, who is heartbroken after losing her lover and goes on a walking pilgrimage across the coast of Normandy. All three characters, though they never meet, wander flaneur-like as they work through their ideas (the woman, for instance, reflects on how a couple can turn into a “single mutant creature”), take photographs, listen to the lives of strangers, and search for meaning. Throughout, Mallo’s prose is enticing—at times conversational, exhilarating, hilarious, and deeply quirky. If a through line emerges, it’s in the ideas, which revolve around the trash heap of postwar wreckage and consumption (the writer calls New York a “temple of detritus”). Out of this trash, Mallo has crafted a remarkable work. (June)
close
Details