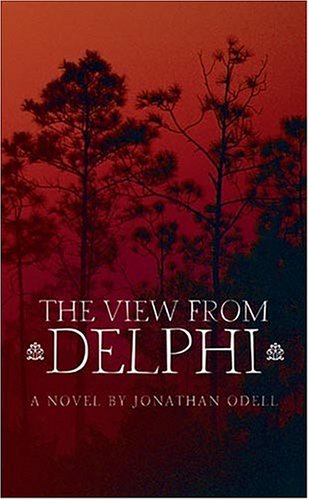 THE VIEW FROM DELPHI

Prejudice threatens to tear apart a small Mississippi town during the 1950s in Odell's first novel, a well-told but familiar and slow-moving story about a pair of families who find their lives altered by the bigotry of a small-minded sheriff. Hazel Ishee Graham is a backwoods farm girl who uses her beauty to attract Floyd Graham, the ambitious man who becomes her husband and the most successful car salesman in tiny Delphi. On the other side of town, preacher Levi Snow and his daughter, Vida, are being harassed by the cartoonishly piggish sheriff, Billy Dean Brister. The sheriff, who uses the influence of the local senator who got him elected to keep the populace under his thumb, rapes Vida and terrorizes the family after her child is sent away. Meanwhile, one of Hazel's two sons is killed in an accident, and Hazel indulges her proclivities for fast driving and strong spirits, crashing into a life-size nativity scene. This prompts Floyd to hire Vida as a maid to keep Hazel under control. In a series of parallel subplots, both Floyd and Billy Dean have affairs with the senator's comely daughter, Delia. But the pace crawls when Odell lingers over mundane scenes of daily life in Delphi, and flabby prose mutes the novel's dramatic climax. Odell clearly knows his setting and shows obvious compassion for his characters, but the combination of extraneous scenes, too many Southern stereotypes in the character roster and an overly familiar plot keeps his debut ploddingly earthbound.