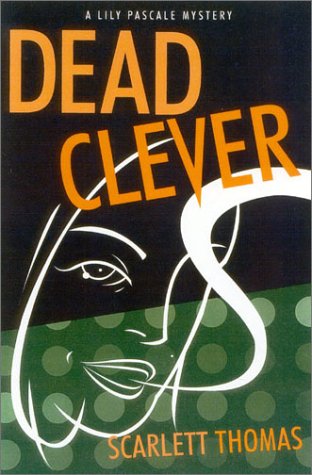 British author Thomas () puts a hip spin on the English cozy in this engaging mystery (the first of a trilogy), full of attractive characters in a lovingly evoked setting. Bored and unsuccessful at teaching, bartending and acting, Lily Pascale leaves noisy, noisome London and her cheating boyfriend for her native picturesque Devon. When she applies for an English department vacancy at the local university, Lily is, to her amazement, hired on the spot to teach her specialties—crime and horror fiction as well as creative writing. But the campus is in turmoil. A student has recently been decapitated in the woods, another student is missing, a colleague to whom Lily is attracted disappears and Lily's department head, Professor Valentine, is oddly uncommunicative. When the distraught missing student surfaces, Lily is the last person to see him before he turns up dead, supposedly a suicide. Lily suspects foul play and resolves to investigate. When she discovers an insidious drug cult on campus with a sinister leader, what was hitherto a tale of amateur detection becomes a Sax Rohmer–type thriller. The leader's identity and who's behind the murders may be a little too obvious for some, but everyone will welcome the sassy, self-reliant and smart Lily to the ranks of independent, contemporary female sleuths.