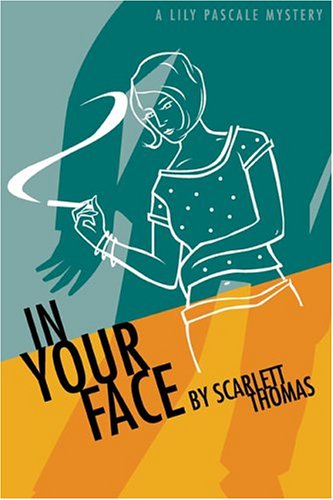 IN YOUR FACE: A Lily Pascale Mystery

Alternating between the first-person narrative of her amateur-sleuth heroine and an interview with a serial killer describing each of his murders, Thomas's fresh and sexy contemporary English mystery, the second in a trilogy (after 2003's ), keeps the reader riveted. Partly out of curiosity and partly to escape a would-be lover and colleague's marriage to a young student, crime-fiction lecturer Lily Pascale agrees to leave rural Devon to go up to London to help a former university friend, Jess Mallone. Jess has written an article on three women, all stalking victims who get murdered the same day the article appears in magazine. In her university days, Jess wore designer clothes and drove a BMW, so Lily is surprised to find that her old friend resides in a rundown, dreary flat. Worse, Jess has disappeared, leaving only a brief note. In her pursuit of the truth through the glamorous magazine world and London art scene, Lily comes up with a lot of connections but seemingly no suspects. The suspense builds as Lily and the killer's paths converge in an unpredictable climax.