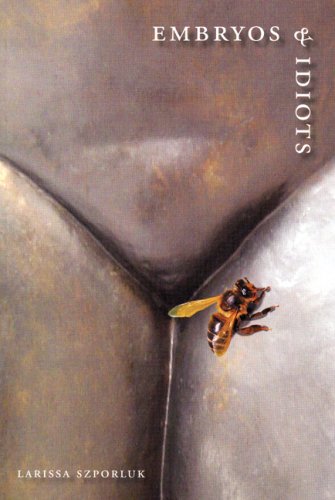 To the fluid imaginings, brilliantly slippery language and maternal obsessions of three previous books, Szporluk ( ) now adds enticing elements of narrative: these one- and two-page lyrical works comprise an original story, or myth, about Anoton, the child of a primordial god, who struggles with his divine parents, whose head becomes an island, and who gives birth to talking animals and quarreling adults. “You were two people,/ the sun and the moon,” Szporluk says; her entities absorb and refract more familiar tales (Adam and Eve, Don Giovanni, Joan of Arc), splitting and blurring personalities in order to reach deeper truths about the feelings we never entirely understand and about parent-child connections. Szporluk's readers discover why “The sea is the greatest mother,” and why “we still come back to her rim.” The story of Anoton vanishes near the end, and the book becomes simply a collection of (striking) lyrics; until then, his legend, such as it is, provides a thread to connect, and an excuse to elaborate on, Szporluk's supremely quotable conceits, her images and aphorisms about creation myths and procreation, babies and language, planets and bodies and love, in which “The newborn's a reborn; every// beloved is the same.”