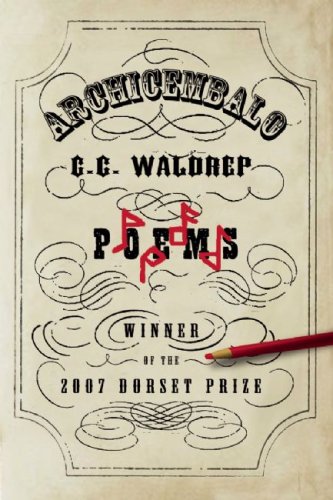 Often breathtaking in its erudition, at other times imbued with a forceful simplicity, tricky in its sensibility yet clearly driven by affection, this third collection from the prolific Waldrep ( ) might be the best book of prose poems to appear in a long while. The poems’ titles—modeled after the format of old American musical instruction books—mostly inquire into definitions of musical terms: “What Is a Key Signature,” “What Is a Motet.” An archicembalo is a keyboard instrument that plays microtonal music, with more than 12 notes per octave. The fine distinctions and unfamiliar harmonies such music contains reappear in Waldrep’s curious paragraphs, packed as they may be with odd words and non sequiturs: “Sardine of the breath, phoretic flicker. From the bandstand click of a heel like a tooth.” They also pay attention to human action and need. They have jokes (“Bad parties are in evidence everywhere”), anecdotes about children (Waldrep often thinks about names children give things), even embedded anthems: “What is union, time’s whistles and bells, the whole commodious diapason behind which a third nation lingers.” Readers estranged at first might well stick with it. For all the confusing pleasures of Waldrep’s phrases, they contain valuable instruction, too.