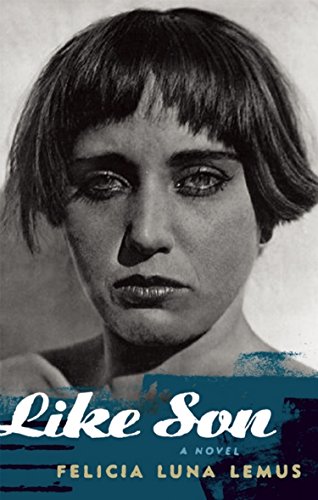 Chaos and fate are hopelessly intertwined in this exuberant second novel from Lemus ( ). Frank Cruz—born as a girl named Francisca, but living and identifying as a man—is a loner from Southern California. His father, diagnosed with terminal cancer, offers Frank tragic stories of the Cruz family, a key to a safe deposit box and an arresting 1924 photograph of a beautiful woman named Nahui Olin, a bohemian Mexican artist/poet from an aristocratic background. Frank (who narrates) learns that Nahui had many lovers, lived transgressively and was endlessly wooed. When his father dies, Frank sets off for New York and lands in the East Village, where he meets and falls in love with Nathalie; she eerily reminds him of Nahui, whose face and history have now obsessed him. Their relationship is solid until the horror of September 11 throws them into chaos and sadness that tests their relationship, and Frank's self-image. With her blunt prose, Lemus doesn't waste a word in this smart, never sentimental identity novel.