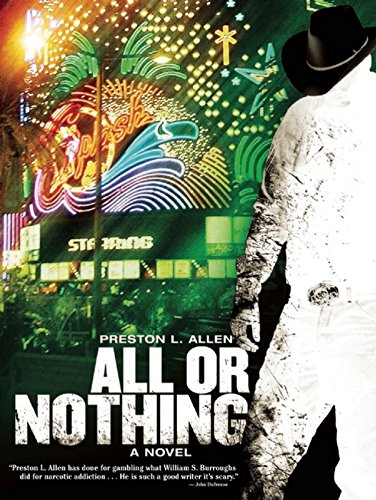 Allen’s dark and insightful novel depicts narrator P’s sobering descent into his gambling addiction. P, a Miami native, is a school bus driver and desperate gambler who spends his nights (and many of his days) in south Florida casinos. Both a surprisingly likable and an often despicable character, P is a perpetual loser with a $1,000-a-day habit who lies to his wife and scrounges in the seats of his bus looking for loose change the kids left behind. He takes the small amounts of cash that his destitute, dying mother offers him to support his obsession. P knows he’s sick, but he doesn’t want any help; he lusts for the next big score. Finally, his luck begins to change, transforming him from a broke degenerate into a legendary professional gambler in a signature black cowboy hat. The well-written novel takes the reader on a chaotic ride as P chases, finds and loses fast, easy money. Allen ( ) reveals how addiction annihilates its victims and shows that winning isn’t always so different from losing.