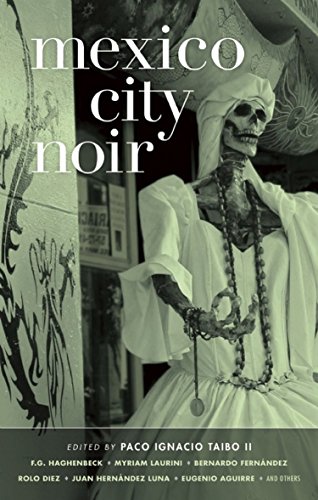 Taibo's introduction, evocatively titled “Snow White vs. Dr. Frankenstein,” is more compelling than any of the 12 stories in this slim anthology in Akashic's celebrated noir series. The real-life examples of corruption Taibo cites, including a drug kingpin serving as head of an anti-narcotics police force, are almost beyond belief, but few of the contributors, including Taibo himself, do justice to Mexico City's rampant violence and cynicism. Eduardo Antonio Parra's “I'm Nobody” convincingly presents the perspective of a street person, who may or may not know the truth behind a murder. Óscar de la Borbolla's “Outside the Door,” which depicts how well-meaning neighbors become paralyzed despite suspecting that a rape or murder has been committed in a nearby apartment, comes closest to enabling the reader to understand the insidious effects on the soul of living in a society where those charged with keeping the public safe can't be trusted.