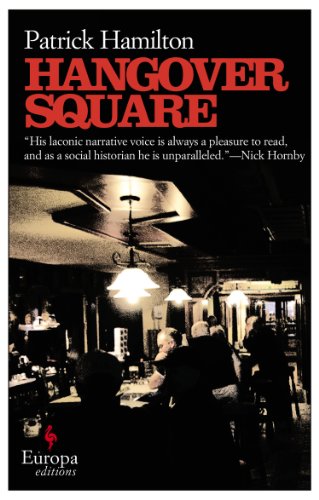 Hamilton (1904–1962) captures the edgy, obsessive and eventually murderous mindset of a romantically frustrated British man in this WWII-era novel published in the U.S. as a separate volume for the first time. As the story opens, 34-year-old George Harvey Bone—a heavyset, good-hearted failure—is obsessed with his ongoing effort to either woo or, frighteningly, kill the lovely Netta Longdon, a callous, smalltime London actress whose charms seem limited to her physical beauty. Longdon shows little interest in Bone's advances, but she always seems ready to take advantage of Bone's generosity and to stab him in the back by, say, sleeping with one of his lowlife cohorts. As the book progresses and Bone gets more and more intense, it becomes clear that the virtual fugue state that he periodically enters is undiagnosed schizophrenia—the twist is that everyone else's behavior is so beastly that Bone's plottings feel pretty much deserved. Hamilton is less successful introducing political material on Hitler's rise to power as the forces of war begin to overwhelm Britain, but the subtle power of the free indirect prose he uses to render Bone's deteriorating mind makes this an impressive character study and an oblique (and bleak) look at beleaguered prewar London.