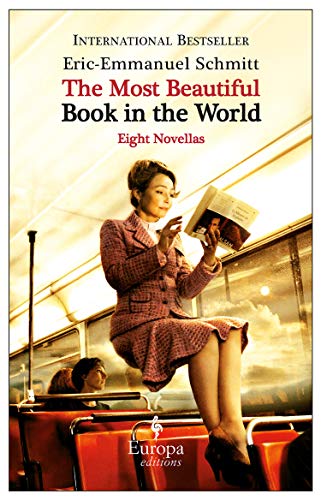 The Most Beautiful Book in the World

Eight well-developed, engaging stories by French novelist Schmitt ( ) delineate the complex emotional lives of women and their nettlesome men. Two of the tales play into the delicious stereotype of married Frenchmen carrying on parallel lives with longstanding amours. In “The Forgery,” a man breaks up with his mistress of 25 years, leaving the now middle-aged secretary living in low-income housing with nothing but his gift of a Picasso that might or might not be real. In “Every Reason to be Happy,” a chronically anxious wife follows a suspicious-behaving manicurist and unearths the staggering double life her husband of 17 years has been leading with this other woman. “Odette Toulemonde” is an adoring working-class fan of a washed-up popular novelist who ends up turning to her to authenticate his feelings. The odd tale here is the title story, set in a Russian gulag among a group of women prisoners who, sharing a pencil, struggle to write to their daughters. Schmitt’s stories capture a quirky, clever, feminist, very French sensibility.