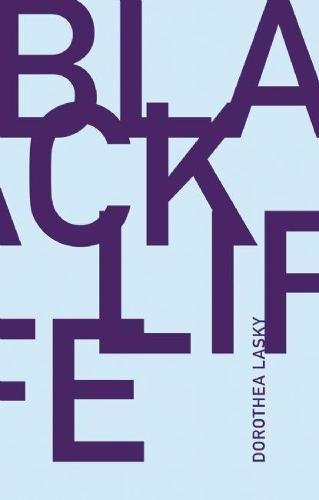 “All poetry that matters today has feelings in it,” says Lasky deep into her second book, which illustrates how that statement can be true of poems that are also hip and ironic. Though cut of the same cloth as her debut, , this second book is more grown up, darker, burdened with greater weight and responsibility—though still full of flippant, adorable, and silly asides: “The orderly staff waits with the bleach/ Asking me where the diapers are, I do not know,” she remarks in a poem about a father's failing battle with Alzheimer's disease. The death of a father and the loss of a husband come up again and again. Religious faith is also a frequent subject, handled in the same quirky, faux-childish voice as everything else in Lasky's world: “There is only Jesus waiting in my closet/ Like he has been since I was 4 with his red eyes.” If these poems, cast in ragged columns and haphazard lines, often seem dashed off, that's part of the point: they surge with immediacy, meaning and not meaning what they say: “There is a lot to be sad about/ But no point in feeling that sadness/ In a world that has no capacity/ To take your sadness from you in a kind way.”