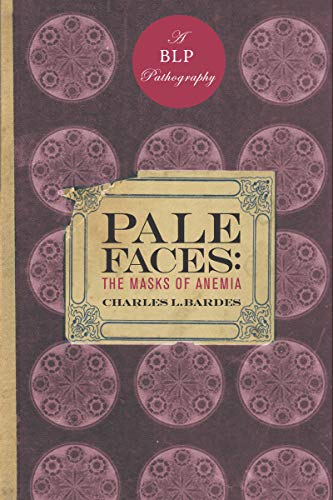 Pale Faces: The Masks of Anemia

Pale, pallid, wan: when we say that someone looks anemic, the implication is less about iron-poor blood than about the presence of some underlying illness. Launching Bellevue's Pathography series, Bardes (associate dean at Weill Cornell Medical College) examines how anemia and other diseases of the blood have been perceived and understood in various places and times. Anemia (“without blood”) is a deficiency in hemoglobin, the molecule within red blood cells that shuttles oxygen around the body. But, Bardes asks, what constitutes a deficiency? How does a doctor interpret whether the patient is “really sick”? The author traces the concept of ruddiness and its association with health through the centuries and devotes an especially interesting chapter to the mysterious “green sickness,” which, though well known in Shakespeare's time, seems to have disappeared by the early 20th century. Bardes casts a wide net over science, literature and philosophy in this marvelously literate study, although occasional extended flights of word play might have been reined in a bit. Readers with a passion for multidisciplinary and well-crafted writing will find pleasure here.