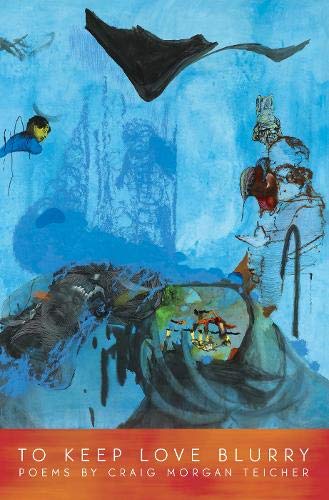 This is the third book for Teicher, who is poetry editor and director of digital operations at PW. In this volume—at the perilously young age of 32—Teicher (Cradle Book) stages a showdown with his demons, even mentor-demons and lover-demons. The book risks most everything poetry can risk: family, reputation, legacy, privacy. The spirits of dead parents mix with a spouse and children and colleagues, and then, there’s Robert Lowell, who presides over this entire volume in a ghostly fashion that should get Harold Bloom’s attention. Lowell’s Life Studies, in fact, provides the title to the first of two “books” in this volume, and Lowell is directly the subject of the third and fourth poems. Lowell’s circle—Berryman, Bishop, Niedecker, et al.—is the subject of the poem “Middle Generation.” Teicher grapples with that mid-century’s confessional and yet highly formal work by fighting same with same. “All words stand for pain,” he writes, in one of the many brilliant sonnets. You feel Teicher’s pain in a word, “Cal,” the name of his young son whose “need for care” is referenced and who, one might assume, is named after Lowell, who was known by that name to friends. Such is the way of words and what they issue. Marriage and fatherhood wreak agony from Teicher, as does the pain of having lost his own mother early, the young poet-to-be cast into the world groping for language—“Her death was like waking up to fried/ food cooking on another family’s stove/ in another life where no one cried.” In the “blurry” regions of the title, he conflates his helpless mother in late-stage illness with a helpless infant and sees in his own relation to women the helpless boy wanting to be mothered—“the world is overripe with surrogate moms,/ it turns out, and I’m a willing son.” Ultimately, Teicher looks to Lowell, a poetic father, to give him the backbone to “make himself look good” even if “his art was saying I’ve been bad.” Although the persona in these poems toys with annihilation and (twice) with “dull blades,” it survives, and does so through aesthetic will: tight sonnets, a perfect villanelle, a moving prose memoir. “True self-haters,” writes the poet in “Confession,” “perform to empty houses, late.” That won’t be Teicher’s fate. (Sept.)
close
Details