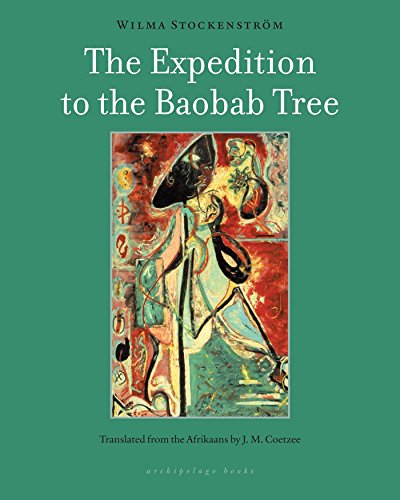 The Expedition to the Baobab Tree

First published in the U.S. in 1983, before translator Coetzee became a Nobel laureate and South African author Stockenström won prizes for fiction and poetry, this mini-masterpiece is less a novel than an intimate monologue illuminating the nature of slavery, oppression, womanhood, identity, Africa, and nature itself. The narrative begins in a hollow of the titular baobab tree, where an unnamed female slave has taken refuge. Between forays to a nearby stream, she recalls her past, stringing together memories like the beads left by natives, who think that she’s a tree spirit. She remembers being captured by slave traders who sell her to a wealthy man with a taste for innocent girls. After giving birth, she is separated from her baby and sold to a spice merchant. Her third owner is the merchant’s youngest son, for whom she entertains guests and manages his household. When he dies, she begs a friend of her owner’s brother (the merchant’s eldest son) to purchase her, and then joins her new owner and the merchant’s son on their ill-fated expedition into the interior. Using image-rich and poetic language, the illiterate narrator vividly evokes enslavement, isolation, and longing. She never uses specific names, locations, or dates. She has little sense of time. All the slave possesses is a sense of self, despite the confines of her life, which Stockenström portrays with such a winning combination of art and artlessness that, 25 years after its introduction to English-speaking audiences, this tale still proves moving and vibrant. (Apr.)
close
Details