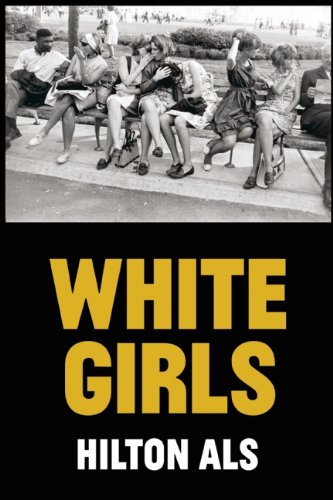 New Yorker critic Als (The Women) delivers his first book in 15 years—a mesmerizing and varied collection of essays, some previously published. His eponymous “white girls” include Louise Brooks, Flannery O’Connor, Truman Capote, Richard Pryor, Malcolm X, Michael Jackson, Eminem, and others. Using his subjects as a springboard to analyze literature, photography, films, music, television, performance, race, gender, sexual orientation, and history, Als offers wry insights throughout. For example, he notes how O’Connor’s readers often overlooked “the originality and honesty of her portrayal... of Southern whiteness as it chafed under its biggest cultural influence—Southern blackness.” In his opening essay, “Tristes Tropiques,” Als revels in his relationship (“twinship”) with the unnamed SL (“Sir or Lady”), noting that the relationship defies categorization in an America that “is nothing if not about categories”: “There was no context... to understand us... two colored men who were together, not lovers, not bums, not mad.” Highly attuned to popular culture, Als is a writer of many moods—meditative, sardonic, haunting, funny, reflective, and unconventional. Whether agonizing over photos of black lynchings (and realizing that the true meaning of the N-word is a “slow death”), or constructing a critique of Virginia Woolf in the voice of Richard Pryor’s sister, he proves to be a compassionate writer looking for unity—even if it can’t always be found. Agent: Jeffrey Posternak, Wylie Agency. (Nov.)
close
Details