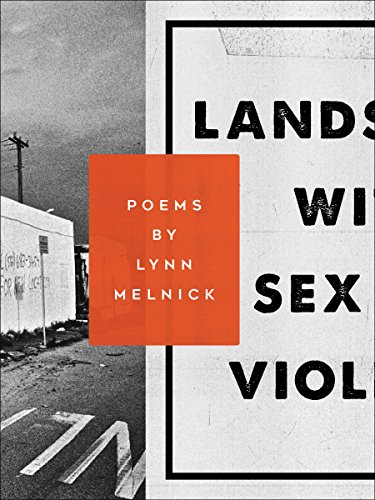 Landscape with Sex and Violence

Melnick (If I Should Say I Have Hope) reckons with modern American misogyny and its various sadistic expressions in her second collection. Men, such as “the creep// with the grease-stained cuticles and menthol breath,” are depicted as undeserving, suspect, but also run-of-the-mill and unfortunately common; they encroach upon the poet’s sense of possibility, provoking contempt, disgust, and indifference. Against dystopic California backdrops with their “skinny palms sheltering no one,” Melnick's speaker struggles to articulate her relationship to her past, pain, desires, and politics. This internal conflict shapes and gives form to the text: “Biography ungags me/ then saws the scene in half.” Melnick does acknowledge that she is not speaking for all women: “I am only ever trapped inside// my own fixed vantage point or else I am/ convention/ imploding, such as it does.” The poems frequently collapse inward, only to reconstitute themselves in different forms. However, there is never a we depicted here, only a parade of I moving from poem to poem with the speaker always remaining the same. “Some girls have their entire lives/ ahead of them,” Melnick casually remarks, before concluding that “I don’t so much give in as give up/ in a room where the chandelier// has nothing of note to shine on/ so it shines on me.” (Oct.)

Correction: This review has been updated so as not to conflate the poet and the speaker of the poems.